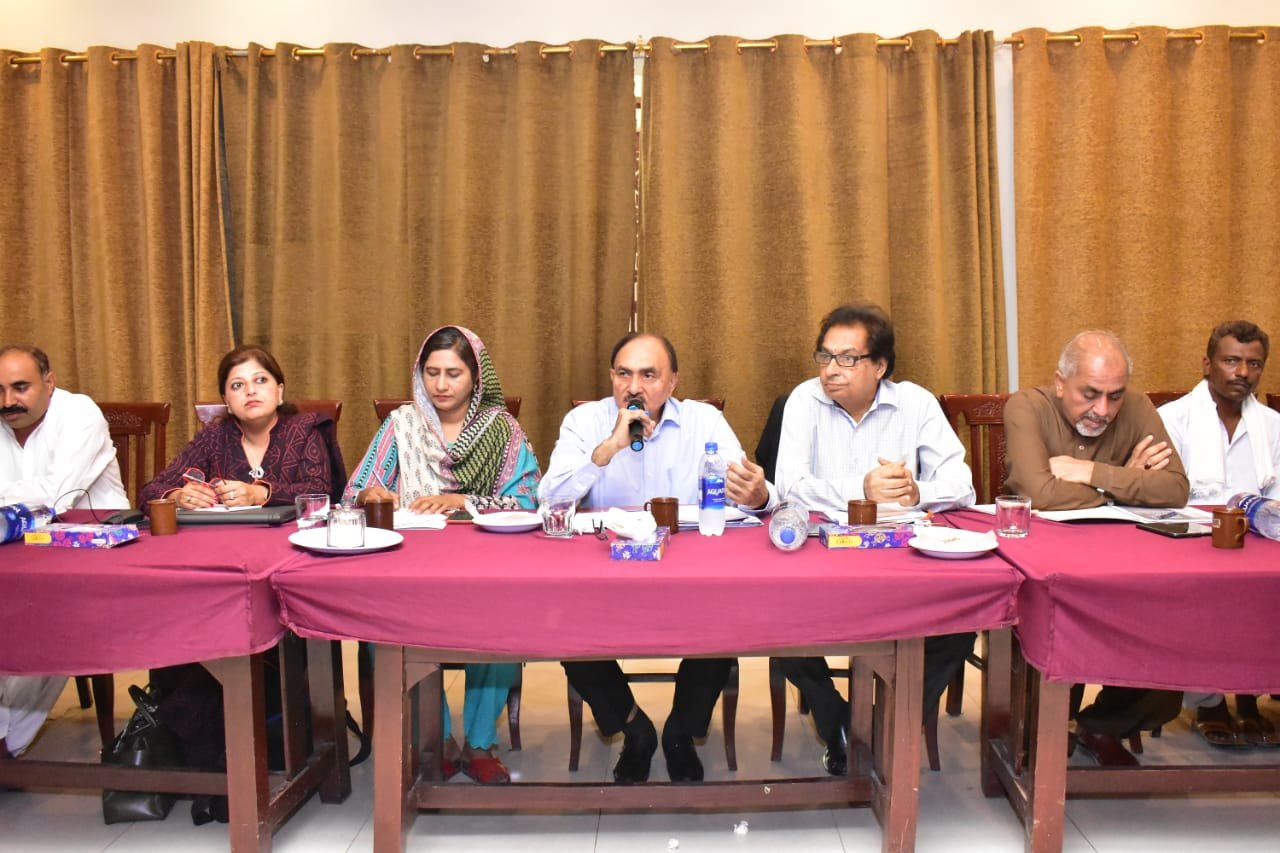 The Commission held a series of workshops on the said topic with Government officials, Civil Society, and media personnel in Karachi, Hyderabad, and Mirpurkhas where the majority of the participants were of the view that the non-implementation of the Sindh Hindu Marriage Act, 2018 is a violation of Article 25 (Fundamental Rights) and Article 35 (Protection of the family) of the Constitution of the Islamic Republic of Pakistan as such there is a need to create awareness on Hindu Personal Laws.

Mr. Aslam Shaikh, Judicial Member-II, SHRC gave welcome remarks and a brief introduction to the SHRC. He also shared that as per the Sindh Hindus Marriage Act, 2018 any Hindu male and female above 18 can register their marriage. Divorce and remarriage rights for couples and the financial security of the wife and children after divorce are also included in the act.

The role of the Local Government Department in the Implementation of the Act was discussed by Advocate M. Prakash, Mr. Krishan Sharma, and Mr. Aslam Sheikh.

The floor was opened for the discussion on the Issues/Challenges Faced by the Local Government Department in the implementation of the Act and Issues pertaining to the Registration of Pandits/Marriage.

Ms. Pushpa Kumari, Member SHRC gave the closing Remarks, and certificates were distributed among all the participants.